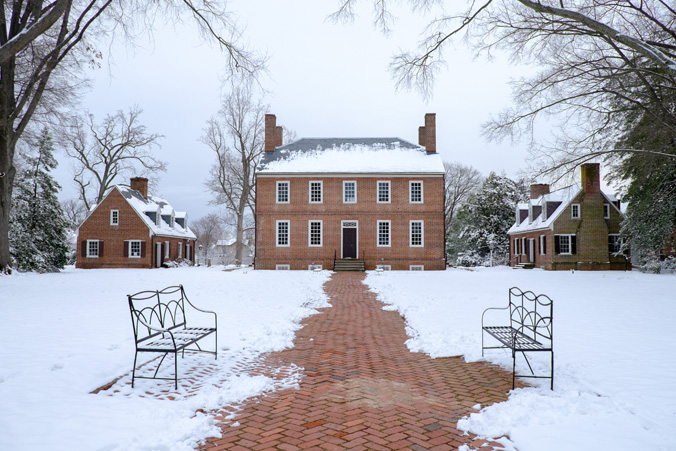 When Fielding Lewis moved his family into their new home – the magnificent brick house we call Kenmore – in late 1775 it was the culmination of years of hard work and planning. It might seem as though that year’s holiday season should have been one of continual joy. Unfortunately, the Lewis family’s first Christmas inside Kenmore was far from joyful. December 1775 was an extremely difficult time in their lives and for the American Revolution.

That December, the Revolution was in a frustrating state of limbo. Although declared to be in open rebellion by the King and Parliament, few colonies had yet to see any armed conflict. Fighting outside of Boston started in the spring but fizzled into stalemate following the Battle of Bunker Hill in June.  Independence may have been discussed in taverns but was still far from being discussed at the Continental Congress in Philadelphia.

The colonies were still suffering economically and had been suffering for some time. In 1774, Congress passed the Non-Importation Agreement. These measures stopped all trade with Great Britain and other British-owned ports. The Association, as it came to be known, remained in effect in December 1775.  Colonists lacked numerous supplies and goods.  Fielding Lewis experienced a significant drop in his shipping business and the family’s finances began to suffer.

Even though it was the holiday season, the Non-Importation Agreement also discouraged…

every species of extravagance and dissipation, especially all horse-racing, and all kinds of gaming, cock-fighting, exhibitions of shews, plays, and other expensive diversions and entertainments.

To be loyal to the American cause, one could not delight in the revelries typically enjoyed during Christmas.

All levels of Virginia society felt the strain of war’s uncertainty that fateful December. John Murray, 4th Earl of Dunmore and Virginia’s Royal Governor, had been at odds with his colonists since he removed portions of the public stores of gunpowder to a Royal Navy ship back in the spring. Lord Dunmore’s most recent action, however, hit much closer to home for Fielding Lewis and his fellow planters.  The Governor threatened to take their slaves, the precious private property, as they saw them, upon which they had built their livelihoods and wealth. 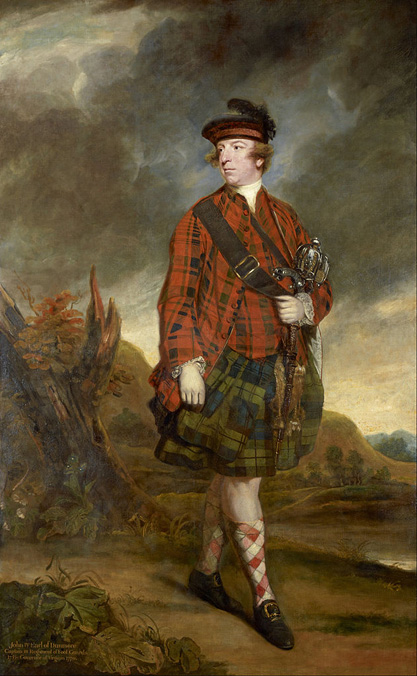 In November 1775, Dunmore had issued a proclamation in Virginia intended to swell his ranks and cripple the so-called ‘rebels’ by imposing martial law, raising the King’s standard, and declaring, most significantly,

all indentured Servants, Negroes, or others, (appertaining to Rebels,) free that are able and willing to bear Arms.

A copy of Dunmore’s proclamation. Library of Congress photo

Dunmore’s Proclamation angered and frightened slave owners throughout Virginia and put the colony’s enslaved population in a difficult predicament. Achieving freedom was highly dependent on an enslaved person’s ability to get to Dunmore in Norfolk. Not surprisingly, the largest percentage of enslaved people who fled to the British came from the counties closest to that port city.  While it is uncertain if any Lewis slaves ran away to the British, at least one indentured servant perhaps did. Joseph Smith, an a painter who had worked for George Washington and presumably for Fielding Lewis, saw the political schism in Virginia as an opportunity to free himself from his servitude and fled in the summer of 1775. In November, Fielding wrote to George, saying “I have never heard of your Painter tho’ suspected he was gone to Ld Dunmore[.] I do not expect he can be got as Dunmore wants Men.” Smith’s successful escape may have been on the mind of the other indentured servants and enslaved people in the Lewis household when word of Dunmore’s Proclamation arrived in Fredericksburg.

December 1775 in the Lewis family’s new home was an anxious one for many and yet for others it must have been a hopeful one as well. The American forces at Bunker Hill had proven to the British that the fight would not be easy or quick. The Fourth Virginia Convention met that December and ordered even more companies formed to support the Continental forces.  Most hopefully, Dunmore’s forces were defeated in the Battle of Great Bridge on December 9. The Governor would leave the shores of Virginia in the early part of 1776 never to return. His forces did include a portion of enslaved people who had dared to hope for their own freedom, a hope that would be denied for many Christmases to come. A large portion were captured and returned to slavery, many more died from disease or lack of supplies, and others perished in battle. Few actually gained their freedom.

Back in Fredericksburg, the December of 1775 was most likely not what the Lewises had expected or hoped for. It was a Christmas of uncertainty, when war raged on Virginian soil.  Yet, the future was not solely bleak for Fielding, Betty, and the Americans. As 1776 began, it begged the hopeful question: what may the new year bring?

Experience this Lewis family’s Christmas of uncertainty during Twelfth Night at Kenmore, a dramatic theater presentation at Historic Kenmore on Friday, January 8, Saturday, January 9, or Sunday, January 10. The year is January 1776. It is the first Christmas that Fielding and Betty Washington Lewis celebrate in their newly built home. It is not the usual celebration, however. War brings fear, doubt, and frustration to the Lewis family and their friends.  Immerse yourself in the experience the candlelight, music, and decorations of an eighteenth-century Christmas!