Recently, George Washington’s Ferry Farm received a generous donation of bottles from the Mary Ball Washington Museum and Library.  For the most part they date from the late 19th to early 20th century and therefore have no connection to the Washingtons.  However, our Archaeology Department can certainly use them for a type collection.  A type collection is a teaching tool that will employ these bottles, known as an assemblage, to compare with bottle sherds we excavate from the field.  As such, we needed to do a thorough analysis of these bottles and it turns out a sizable portion of them are what we would call ‘patent medicines’.

Patent medicines have been around for a long time but reached the height of their popularity in the 19th century.  The term is a bit of a misnomer because it wasn’t the formula of the medicine that was patented but rather just the medicine’s name.  By doing this the manufacturer was not obligated to disclose the ingredients of their potions and as such could mix anything together and call it ‘medicine’.  Subsequently, many of these concoctions included ingredients designed to make you feel better, even if they did not actual cure any of your ailments.  This included, but was not limited to, copious quantities of alcohol, laudanum, cocaine, heroin, morphine, ether, chloroform, opium, etc.  In some cases, the medicines, particularly creams and ointments, contained zero active ingredients but also included a substance to make you feel a physical healing sensation. For example, capsaicin, eucalyptus, camphor, or menthol in these medicines could make your skin feel hot, cold, or tingly.

Patent medicine manufacturers emphasized the consumer’s ability to take their health into their own hands since their products could be purchased without a prescription.  Their advertisements vilified traditional doctors, who they portrayed as agents of death.  Often marketed as cure alls, some purported to treat dozens of ailments ranging from headaches to warts.  The patent medicine propaganda machine was strong, often trumpeting false testimonials from people miraculously cured by them and millions of bottles of quack medicine were sold in the 19th century.  Eventually, concern mounted over the addictive quality of many of these medicines, bolstered by a mounting death count attributed to the unregulated concoctions. Many of the deaths were unfortunately children.

One good example of a highly dangerous patent medicine was Porter’s Pain King.  It claimed to relieve colds, nervous and sick headache, rheumatic and neuralgic pains, toothache, backache, sprains, bruises and burns.  Containing a whopping 63 percent alcohol (much more than tequila) mixed with ether (a powerful anesthetic which is even more intoxicating than alcohol), it had dosages for adults, children, and animals.  The manufacturer also recommended bathing in it, which was potentially an even worse idea than ingesting this toxic brew.  Ether is really good at rendering people unconscious when inhaled and the fumes are more potent and unstable when heated by hot water.  Although, you wouldn’t feel any pain after taking Porter’s Pain King, it probably wasn’t worth the risk of addiction and death.  To combat the rampant patent medicine industry the 1906 Pure Food and Drug Act was passed, which eventually led to the creation of the Food and Drug Administration (FDA).  The act forced patent medicine makers to reveal their active ingredients and ensure that they actually contained what was advertised. It proved the downfall of many and we can all be grateful for that.

BUT back to our own bottles!  We selected a few of the most interesting ones and have described them below along with a brief history of each.[1]

Upon looking at this bottle, you may notice the reassuring words “without morphine”. Though today we might hope this would go without saying, by the time of the Civil War, morphine was an extremely popular pain-killer. Unfortunately, morphine was as addictive as it was effective and morphine addictions were common. Said one writer, “As an allayer of pain it is king, but as a destroyer of men, mentally, morally, and physically, it is as the traitor, pretending to be friendly, but at the same time slowly dragging its victim to death.”[2] 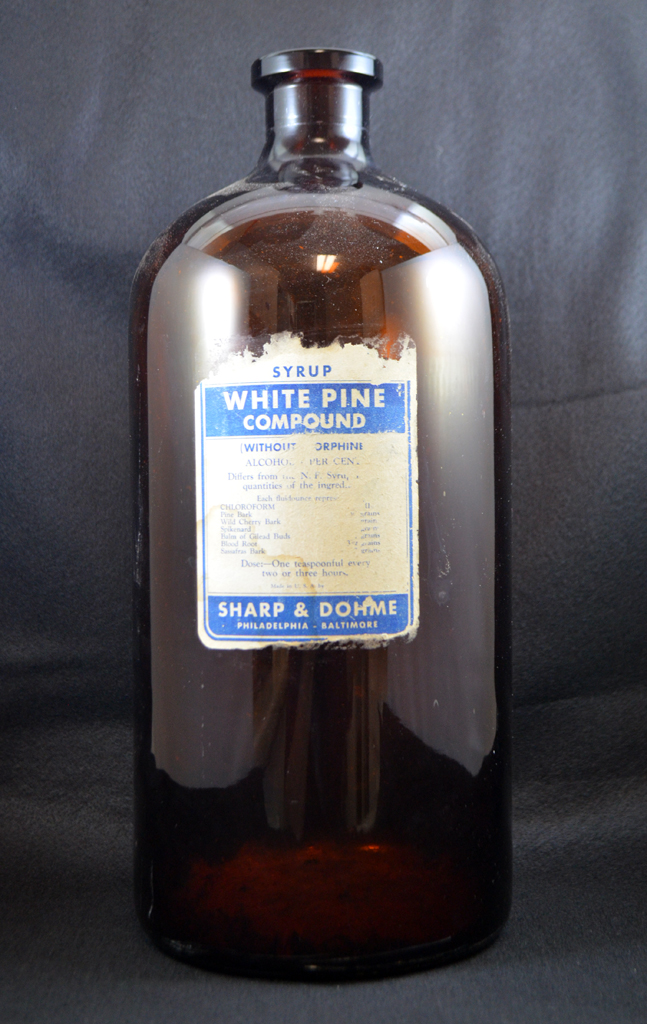 The morphine epidemic, or morphinism, as it was called at the time, was a growing problem in the early 20th century. Recognizing the dangers of morphine, pharmaceutical companies, like Sharp and Dohme, began turning to other alternatives, like chloroform and heroin.[3] These were just as effective at numbing pain, but supposedly less habit forming than morphine (they weren’t).[4] Like in this bottle, the mixing of herbs, alcohol, and opiates or chloroform was fairly common in patent medicines.  As a side note, ingesting chloroform is an absolutely awful idea and you should never do it.

Medicines advertising the treatment of ‘female complaints’ became their own sub-category of patent medicine. In the late 19th and early 20th century, women’s tonics, such as Wine of Cardui and Lydia Pinkham’s Vegetable Compound were extremely popular solutions to all manner of ‘womanly troubles’. At this time, discussion of women’s health issues such as menstruation and childbirth were fairly taboo so many women turned to patent medicines for help.[5] These tonics advertised curing everything from menstrual pain to acting as a general restorative for ‘delicate’ women.[6] Discussions of rampant sexism of the marketing aside, Wine of Cardui was over 50% potassium carbonate, 16% salt, and 20% alcohol,[7] with alcohol being its most potent active ingredient. Women’s tonics and medicines were also a socially acceptable way for women to consume alcohol. At the time, there was a significant stigma associated with women drinking alcohol recreationally, but there was no stigma with drinking alcoholic tonics to aid her womanly issues.[8] Unfortunately, many of these remedies also contained powerful opiates which led many to become unknowingly addicted.

During Prohibition, patent medicines experienced a revival of sorts. One of the only legal ways to obtain alcohol during Prohibition was through a prescription. During this time, the government permitted limited production of spirits for medicinal purposes and wine for religious sacraments. Though the efficacy of medicinal alcohol was debated and, at times, discouraged, the practice continued.[9] Medicinal alcohol could be prescribed to treat a wide variety of ailments, from cancer to depression and could be prescribed to anyone willing to pay the hefty price tag. In fact, prescribing alcohol became a pretty lucrative business for doctors and pharmacists. Obtaining and filling a prescription could cost around $6 for a pint at the time, which is upwards of $70 in today’s money.[10] Upon obtaining this prescription, patients could receive one pint of their drink of choice every ten days. The practice proved extremely popular and doctors prescribed an estimated 64 million pints of medicinal alcohol in the first year of Prohibition.  Eventually, the Willis-Campbell Act of 1921 tightened the restrictions of these prescriptions limiting doctors to 100 prescriptions every 90 days and patients to a half-pint of alcohol. These restrictions did little to lessen the frequency of prescriptions, and physicians wrote millions of prescription a year throughout the 1920s.[11] Mount Vernon Whiskey is a classic example of ‘medicinal alcohol’, and it clearly states on the back label that it is only to be ingested for medical purposes (yeah right!).  And at a whopping 100% proof, it would surely make you feel better, at least initially. 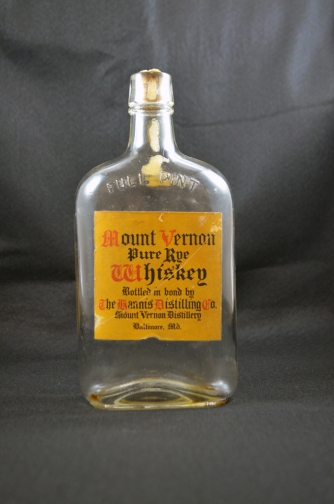 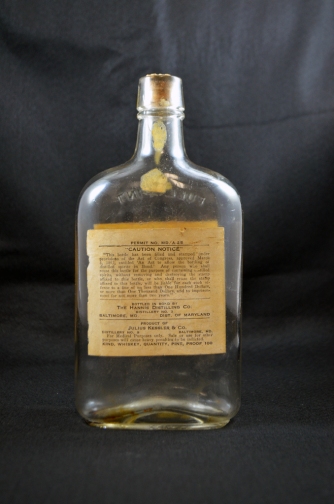 Although most patent medicines have disappeared, a few held on because they actually did cure certain ailments.  These include Bayer aspirin, Doan’s pills, Luden’s cough drops, and Vick’s VapoRub, to name a few, although now these medicines are regulated by the government.  However, that is not to say that unregulated medicines do not still exist in our country.  ‘Supplements’, often taken for medical purposes, were ruled to be a category of food in 1994 and as such are not required to do rigorous testing by the FDA.  Drugs have to be proven safe before they can be sold but supplements are assumed to be safe until proven otherwise and have no obligation to show that they actually work in the manner advertised.  Additionally, they do not have to disclose all ingredients or demonstrate they contain the concentration of ingredients advertised, making them the patent medicines of our modern era.

[9] Megan Gambino, “During Prohibition, You Doctor Could Write You A Prescription for Booze,” Smithsonian.com, October 7, 2013, https://www.smithsonianmag.com/history/during-prohibition-your-doctor-could-write-you-prescription-booze-180947940/ [accessed April 8, 2019].