Editor’s Note: Looking back in time, people’s personal hygiene, fashion choices, medical treatments, and more sometimes look, at the very least, bizarre, if not outright disgusting.  When confronted with these weird or gross practices, our first reaction can be to dismiss our ancestors as primitive, ignorant, or just silly.  Before such judgments, however, we should try to understand the reasons behind these practices and recognize that our own descendants will judge some of what we do as strange or gross.  Here at George Washington’s Ferry Farm and Historic Kenmore, we’ve come to describe our efforts to understand the historically bizarre or disgusting as “Colonial Grossology.”  This the second in a series of “Colonial Grossology” posts that we’re offering on Lives & Legacies.

At least once during his youth at Ferry Farm, probably in July 1750, George Washington went “washing in the river.”  We know this because Ann Carrol and Mary McDaniel were arrested and tried and one of them was even flogged for stealing valuables from his clothes while he was in the Rappahannock.  Of course, it seems quite safe to assume that young George swam in the river on many more occasions than this one moment chronicled in court records. 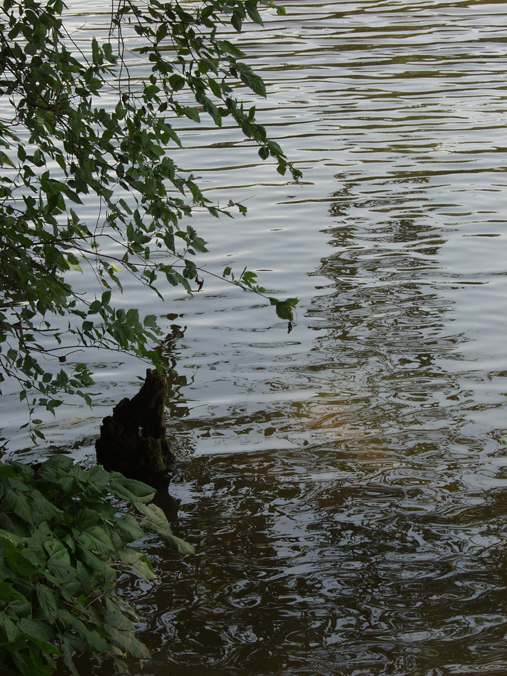 Document showing the outcome of a court case involving George Washington. Ann Carrol and Mary McDaniel stole valuables from Washington’s clothes while he was “washing in the river.” Carol testified against McDaniel, who was convicted of petty larceny and “flogged fifteen lashes on her bare back.”  Spotsylvania County Court Records, Order Book 1749-1755, Central Rappahannock Heritage Center.

The court records say he was “washing in the river.” But was he bathing to get clean or swimming just for fun?  It’s hard to say.  In the 1700s, swimming was “rarely intended for hygienic purposes,” though, of course, it made a person clean.  Cleaning was not swimming’s intended purpose, however.  People went swimming largely to cool off during hot weather.  Still, the word “washing” in the court documents seems significant.  If Washington was bathing with the purpose of getting clean, his dip in the river was somewhat unusual for more than the fact that he fell victim to thieves.[1]

How often did Washington and his fellow colonial Americans bathe to get clean?  The question’s answer is more complicated that you might imagine.

First, the answer largely depends upon what we mean by the word bathing.  If we mean head-to-toe immersion in water and scrubbing with soap to get clean, then bathing was quite infrequent.  In the 1700s, many people feared immersing the body in water as a sure way to get sick.  American settlers came from Europe, where bathing occurred in public bathhouses for much of the early modern period.  Before the late 1800s, people did not understand that germs caused disease.  Instead, when they got sick, people sometimes blamed the bathhouses and bathing.  For much of the 18th century, this suspicion towards bathing “reflected medical theories about the dangers to a healthy body of extremes of heat, cold, wetness, and dryness.  Any extreme might disturb the delicate equilibrium of the body’s humors, temperature, and moisture.  Compared to the shock of immersion in water, dirt upon the skin seemed benign.”  In fact, some people believed dirt helped keep you healthy by “reinforcing the skin.”[2]

Second, an immersive bath was simply a lot of hard work.  Unless you had servants or owned slaves to do that hard work, you carried water to the tub from your water source, perhaps a well, a spring, or a nearby stream, two buckets at a time.  Multiple trips would be necessary.  To warm the water, you had to use precious firewood to build a fire.  Building the fire and getting it started were not simple tasks either.  The incredible effort it took to bathe also explains why, when baths did actually occur, the same water was used by multiple people in the household.  The father bathed first, the sons next, then the mother and daughters, and finally the servants.[3]  To add to these practical difficulties, “tubs specifically made for bathing did not make an appearance in America” until the very late 18th century.[4]  As a result, daily cleaning for most of the colonial era was “accomplished by washing the face and hands . . . in one’s bed chamber, with a basin and a relatively small amount of water.”  We today might refer to this method as a sponge bath.

Most early Americans washed daily using water from a pitcher and basin. Ornate sets similar to the one depicted would have been found in the homes of the wealthy like Fielding and Betty Lewis.

“A bath in which the entire body was submerged, or showered with water, was generally taken for reasons of pleasure or preventive health maintenance, and in some cases, as a type of remedy for a particular affliction.”[5]  Immersive bathing for pleasure and health occurred in resort cities and towns at the sites of warm, mineral springs.  For example, George Washington, Fielding Lewis, and kin frequently trekked to Bath, Virginia (now Berkeley Springs, West Virginia) and both gentlemen owned property in the mountain resort.

For most of the 1700s, washing from a basin remained the most common method for getting clean on a daily basis.  Indeed, it was so much the norm that when Elizabeth Drinker, a wealthy Philadelphia women, tried the new shower her husband built in the backyard, she wrote in her diary: “I bore it better than I expected, not having been wett all over at once, for 28 years past.”[6]