Humans are an inescapable part of nature.  It shapes us and we shape it.  Most of us can see this dynamic relationship when looking back 200 years.  It is easier to appreciate the centrality of nature in the lives of 18th century planters, farmers, and enslaved people whose livelihoods and bellies depended on good weather for growing crops.  Time was governed by the sun and the seasons.  Commerce depended on domesticated animals to pull wagons and on wind to drive sailing ships.

At its most basic, history is the study of change over time.  As we study, we tend to focus on the changes within the very human realms of politics, society, and culture.  We relate more to the lives and stories of fellow human beings like George Washington, Betty Washington Lewis, or Fielding Lewis.  These humans, however, sparked other more subtle changes far outside human realms.  Human history has drastically altered the natural world while nature itself has actively shaped human history.

When Fielding Lewis finished building the mansion that would become Kenmore in 1775, it stood at the heart of a large plantation, an actively managed world of agricultural fields and livestock mixed with natural flora and fauna.  Over two centuries, humans slowly changed Kenmore from a plantation into an urban green space now nestled in the midst of a dense residential neighborhood. Hundreds of houses rest where slaves once toiled, crops once grew, and cows once pastured.

Yet, nature hasn’t disappeared.  It remains right outside all of our doors.  We can find it in our beautiful flower gardens and backyard birdhouses, in the squirrel nests atop the oak tree across the street, and in the weeds pushing up through sidewalk cracks and overtaking the front lawn.

The term weed itself is an excellent example of the dynamic relationship between humans and nature.  Today, weeds are plants we loath as undesirable nuisances.  Yet, these weeds exist because at one time, we viewed them as useful and even desirable.  Weeds and humans have fascinating interrelated histories.

Dandelion is native to the Americas.  Early Americans steeped teas from the dry root and desperate Civil War soldiers used roasted dandelion root as a coffee substitute.  Even though it took a lot of time to gather them, people throughout history have used the flowers to make dandelion wine.

European colonists introduced Clover because it served as an excellent pasture crop for consumption by livestock. 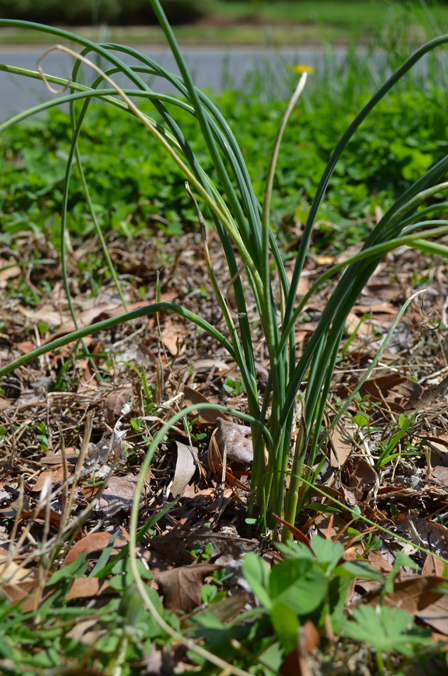 Wild Garlic was introduced as a spice, which Native Americans quickly adopted.

Purple Deadnettle was found across Eurasia but it is not clear who exactly introduced it into the Americas.  Colonial Americans valued deadnettle, in part, for its medicinal purposes as it could stop bleeding.  Its flowers contain a lot of sweet nectar as well and, thus, people in the past often used them to make sweet teas.

If you want to learn more about native plants and other aspects of Our Urban Nature, join us from 10:00 a.m. to 1:00 p.m. on Saturday, May 16 at Historic Kenmore.  Discover what wildlife are living right in town with Fredericksburg Parks & Recreation. Explore the meaning behind the color of the river’s water with Friends of the Rappahannock.  Learn about worm composting with the Rappahannock Regional Solid Waste Management Board.  Dig into the importance of dirt with the Tri-County/City Soil and Water Conservation District.  Visitors can enjoy a native plant and urban geology walk and learn how to build a terrarium from found objects and plants.  Kids can create a food web mobile, fairy houses, and build their own river.

Additionally, George Washington’s Ferry Farm will host native plant walks later this summer on June 6 and then again on September 18.