Shakespeare on the Lawn returned to Historic Kenmore this past weekend with the first two performances of King Lear.  Below are photos from the shows.  Don’t worry if you missed this past weekend’s performances because there are two more shows this coming Saturday, June 20 and Sunday, June 21.  For event details, visit http://kenmore.org/events.html. 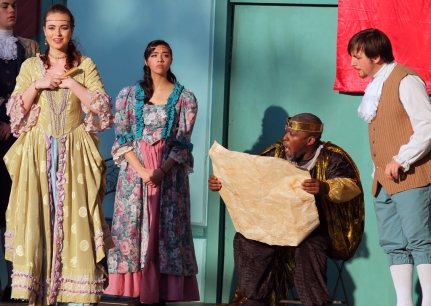 King Lear (Marcus Salley – center) decides to divide his kingdom among his three daughters but demands they declare how much they love him first. Goneril (Corinn Keene – far left) makes her disingenuous declaration.

After her false declaration of love, Lear gives Regan (Amy Wolf) her portion of the kingdom. 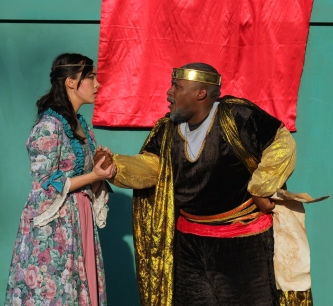 Youngest daughter Cordelia (Rachel Sumaray) humbly and with true love states that she loves her father as a daughter should.

Lear banishes Cordelia from the kingdom while attendent (Roody Lablaze) looks on with disbelief. 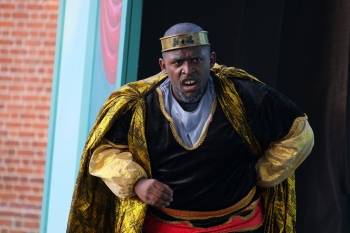 The results of Lear’s decision are anger… 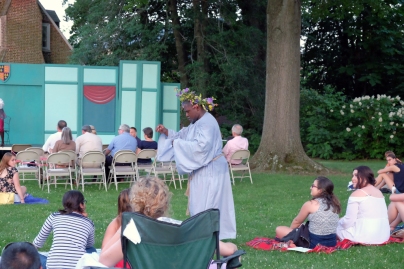 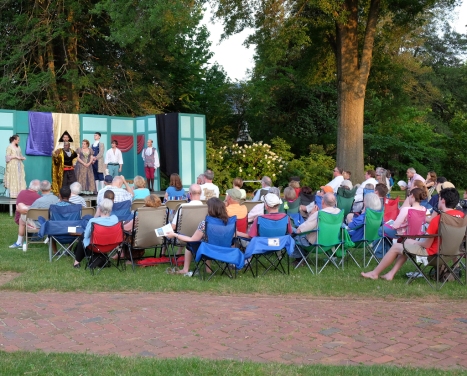