The Rude Mechanicals presented candlelight performances of William Shakespeare’s Cymbeline this past weekend at Historic Kenmore. 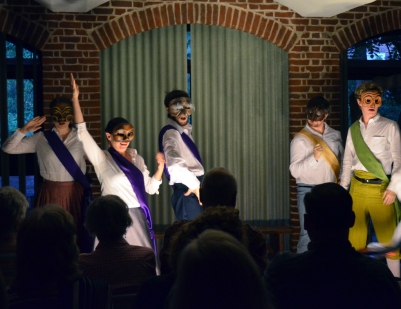 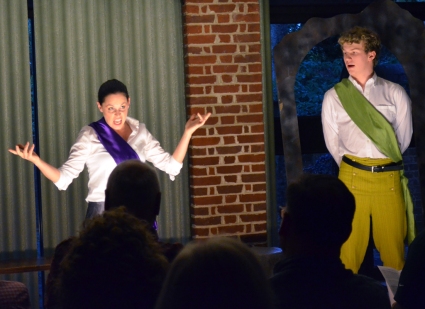 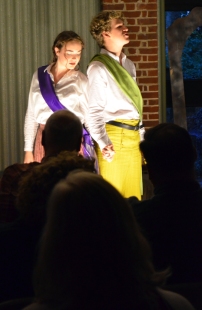 Cloten (Mark Wright) plays the flute for Imogen, who he and his mother The Queens hope he can marry.

Pisanio (Jacob Rupe) agrees to become Cloten’s servant, so that he may spoil Cloten’s plans. 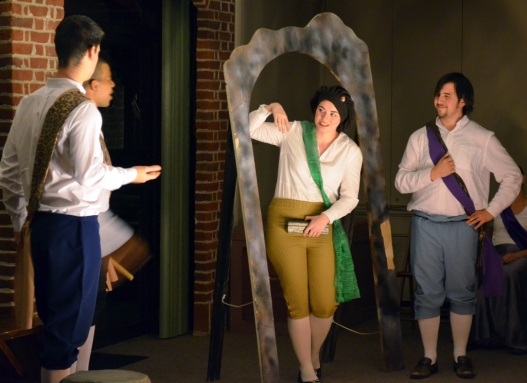 Posthumus being visited by his ancestors.

Jupiter (Mark Wright) grants Posthumus his life back and the restoration of his relationship with Imogen.

Posthumus spares the life of Iachimo.