We excavate hundreds of artifacts every day during the field season at George Washington’s Ferry Farm and occasionally one or two really stand out.  For me, the most interesting artifacts uncovered during the past few years are fragments of a Bartmann Jug.  The combination of an animated human face and fascinating symbolism makes this particular ceramic vessel unique among the hundreds of other vessels excavated from our archaeological site.  Just imagine the excavator’s surprise when the intense bearded face emerges as the dirt gets brushed off. That intense face and the story behind it make this object, in my view, the coolest thing we’ve ever found. 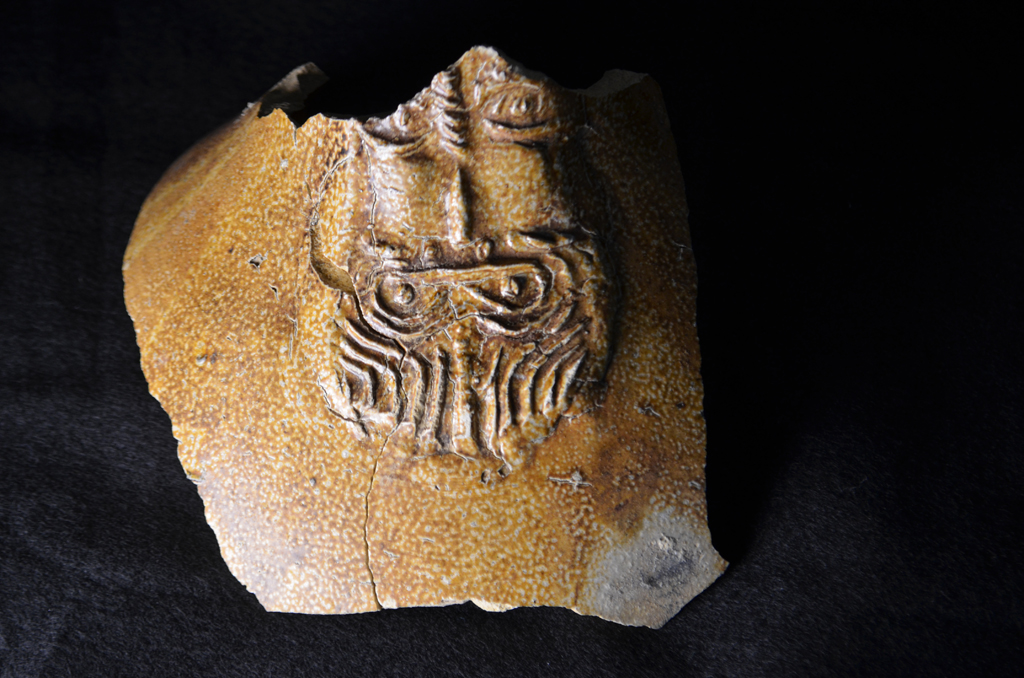 The bottle itself would have had a solid sturdy base and a round, bulbous body with a cylindrical mouth.  It may have had a pewter lid, but these rarely survive archaeologically.  Pewter was fairly valuable and would have been melted down and reused after the vessel was broken, rather than discarded with the rest of it.  The bottle was medium sized, holding approximately a liter of low-alcohol beverage such as beer or cider.  The face of the bottle itself features a raised applied decoration known as a sprig mold, which is made by pressing wet clay into a mold, letting it dry to a point where it could be peeled out of the mold, and then attaching it to the unfired bottle.

Establishing when the bottle was actually manufactured can be challenging for these vessels.  They were produced in Germany between 1550 and 1770.  The British Navigation Acts made foreign imports increasingly rare in the colonies after the early 18th century.  Knowing that the make-up of the ceramic body and glaze is German lets up narrow down the dates for this bottle to the early years of the 18th century.  It is decidedly part of the pre-Washington era material culture here are Ferry Farm.

When looking at these bottles with their somewhat grotesque faces, one can’t help but wonder why people decorated their drinking vessels this way for some two hundred years?  What did it mean to their culture?

These Bartmann Bottles were not just made in Germany. They were also shaped by German culture.  Their molded faces were sometimes elaborate and detailed and sometimes crudely executed. They were always male and always sported a large bushy beard.  This references German folklore’s “wild man of the woods.”  He was thought to live just beyond the bounds of civilization and run feral in the wilderness, living almost like an animal.  Perhaps rather appropriate to adorn a container of alcohol with?  However, these bottles were also widely exported. When they were brought to England, they became divorced from this folklore context.  Subsequently, the English created their own story about what the face on these Bartmann Bottles meant. 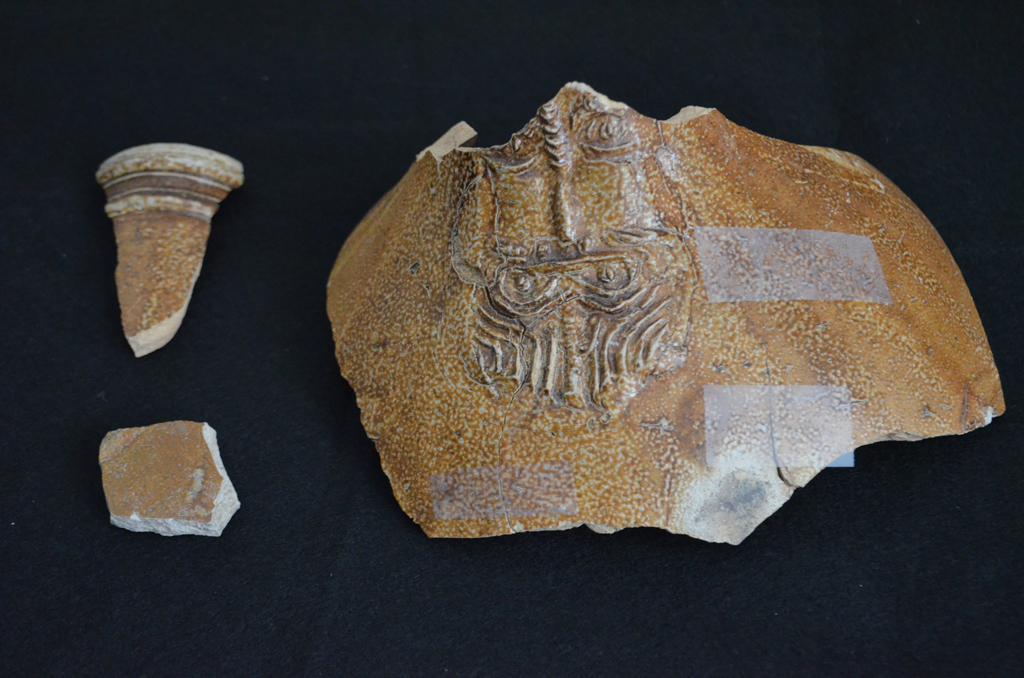 In England around 1634, the bottles began to be called Bellarmines after Cardinal Robert Bellarmine.  Superficially, the wild face was said to resemble him. On a deeper level, the name was used as a way to mock the Catholic Church and its wider anti-protestant movement that Cardinal Bellarmine headlined.  This is following the monumental split of England from papal control and its moves farther towards Protestantism.   The colonists who brought this bottle to the new world thought of themselves as English so, if they gave any thought to the grimacing man who adorned their bottle of beer, they would have likely seen the figure as Bellarmine.

This fascinating and drastic change in meaning as the object moves from culture to culture combined with the striking human features is what makes it, in my view, the coolest thing we’ve ever found.