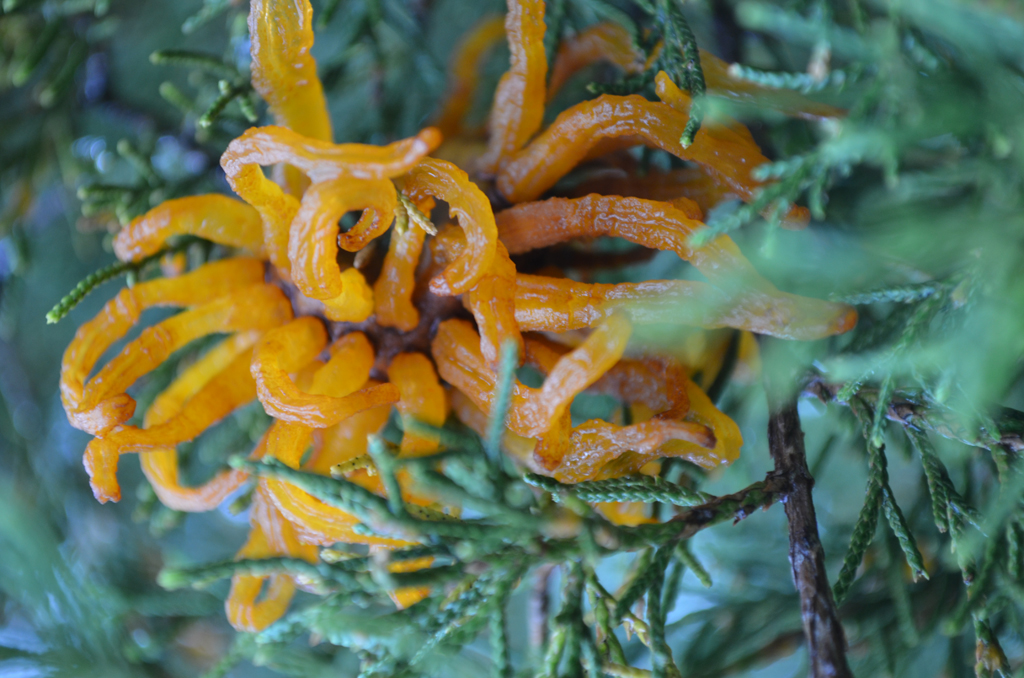 Sometimes nature can be stranger than fiction.  At George Washington’s Ferry Farm, we are currently experiencing such a phenomenon:  Apple Cedar Rust.  Hideous in appearance, yet strangely fascinating, this fungus erupts on our cedar trees every few years when temperature and moisture are just right. It’s a monstrous growth with bright orange tentacles.  Like some bizarre alien fruit, they hang from the cedars after which they shrivel up and disappear until the conditions are just right for the fungus to become active again. 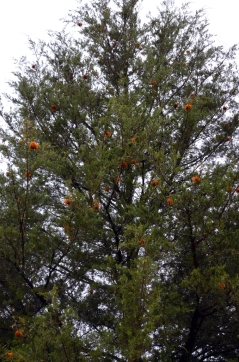 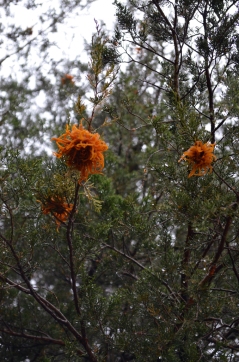 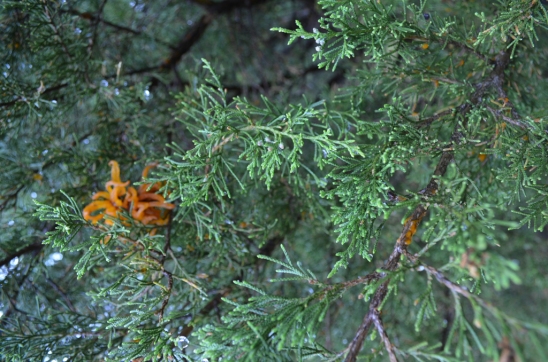 But what are these odd gooey orbs, called ‘galls’, on the cedars and what do they mean in a greater context?  Well, what we are seeing at Ferry Farm and all around the Fredericksburg, Virginia area is actually only one stage in the life of the Apple Cedar Rust.  This fungus requires two trees to complete its two year life-cycle, as is evidenced by its name.  The gall on the cedar erupts with orange protrusions, called ‘horns’, during the spring and release millions of spores that will float on the wind for several miles trying to find an unsuspecting apple or crabapple tree in bloom.  At this point, the spores infect the leaves and blossoms of the poor tree, causing unappealing blemishes on the fruit and, occasionally, a total loss of the apple crop.  At the end of the summer, the fungus that developed on the underside of the apple leaves also releases spores that travel back to the cedars, where they lay dormant for over a year before eventually sprouting the orange jelly-like grows and starting the cycle again. 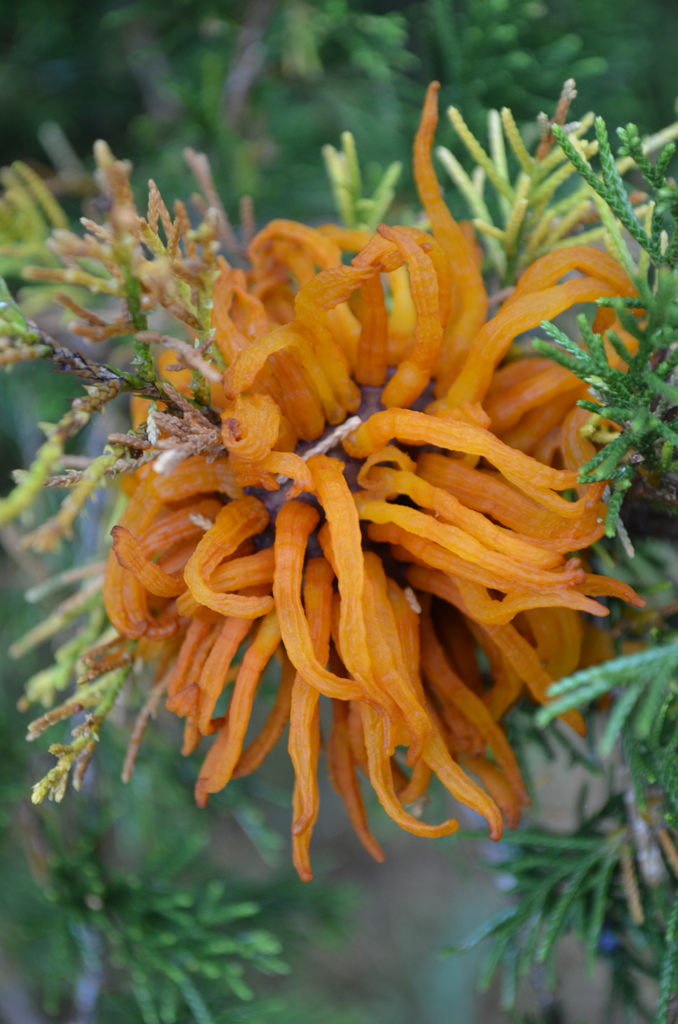 This disease had the potential to devastate colonial-era apple crops.  Although wild crabapple varieties were native to the Americas, European immigrants quickly introduced domesticated apples to the New World and widely cultivated the fruit.  Baked into pies and puddings, dried, turned into preserves, and even added to savory dishes, apples were very popular.  Not just prized as a food, the delicious fruit was also commonly converted into hard cider, which could be stored much longer than fresh apples and rivaled beer in popularity with colonials.  In years of abundant crops, excess apples could even be used to finish livestock prior to butchering.  As such, most colonial households grew at least a few apple trees. The loss of some or all of this fruit would have been tragic.  Native Americans also suffered the loss of indigenous crabapples, which provided food for them and for animals they hunted and relied on.

It is unclear if the complex phenomenon of Apple Cedar Rust was understood by European settlers and Native Americans. Did they know that the strange orange masses on cedar trees signaled a drop in apple yields?  It is a question to ponder. Lacking the fungicides of today, early Americans’ only recourse would have been to destroy all the cedars within a few miles of their trees – not a very practical solution.  Most of us today do not grow our own food so Apple Cedar Rust is merely a gross curiosity, but to colonial farmers and past inhabitants of the early North American landscape, the ugly fungus may have caused real problems.