“The drawing-room walls are covered with pictures, some very fine, from the ancient masters, but most of them portraits of our most distinguished men, six or eight by Stewart. The mantelpiece, tables in each corner and in fact wherever one could be fixed, were filled with busts, and groups of figures in plaster, so that this apartment had more the appearance of a museum of the arts than of a drawing room.” Those are the words of Margaret Bayard Smith upon entering the drawing room at James Madison’s Montpelier in 1828.  Smith was a noted journalist and socialite in 19th century Washington, DC, and a good friend of Thomas Jefferson, in addition to James and Dolley Madison.  She is best remembered for her detailed diary entries, recounting her lengthy visits to the homes of well-known figures in American society at the time.  Her record is a treasure trove of information for the curators trying to piece together the original appearance of some of those great houses.  And she was not alone! Many a traveler in the 18th and 19th century wrote down their observations of daily life at Montpelier, Monticello, Mount Vernon and similar places in letters, diaries, journals, and even occasionally in newspaper columns.  Altogether, these contemporary descriptions of times long past are some of the best resources we have for creating a picture of what a house looked like once upon a time. 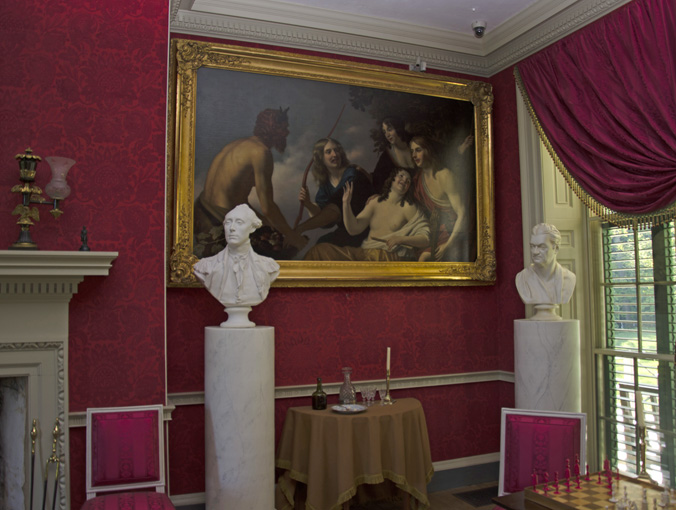 Alas, Mrs. Smith never made it to Kenmore.  Nor, apparently, did any of the other wonderfully prolific travel writers of her day.  Amazingly, not a single contemporary description of Kenmore, either its interior or exterior, has ever surfaced.  It would seem that not one visitor to the Lewis home was moved to write down any impressions of the awe-inspiring plasterwork ceilings that quite literally defied imagination.  The English carpets on the floors inspired no comment.  No one ever reported the gossip of an evening’s entertainment at Kenmore to a friend.  None of the Lewis family members themselves ever described a family dinner.  This lack of description is baffling, and it has been a frustrating problem for those of us working on Kenmore’s restoration and refurnishing over the last 15 years.  But more than bafflement and frustration, it’s become an intriguing mystery.  In short, a description of Kenmore from the 18th century has become our Holy Grail.

Let’s begin with the premise that it is highly unlikely that NO ONE ever wrote anything about Kenmore during the Lewis era.  Someone, somewhere, surely put pen to paper and wrote about their surroundings in the Lewis house.  It is simply that we haven’t found these accounts yet.  They exist, but they’re hidden away somewhere.  So the real question is why haven’t any of them come to light yet? There are several possible reasons.

First, history has not remembered Fielding Lewis the way it has George Washington and Thomas Jefferson.  Although his role in early American history was a rather important one, it didn’t make headlines at the time, and it doesn’t show up in many history books today.  Documents related to Fielding and his family were not given the same status and protection by later generations as those related to the Founders and early presidents.  Ironically, most of the existing letters written by Fielding Lewis survive only because he was writing to George Washington, and therefore they are held in the same repositories that hold the Washington Papers (Mount Vernon, the Library of Congress, etc.).  In our own lives, we often discard quite a bit of correspondence and other paperwork because it seems trivial, or because it doesn’t have anything to do with an important person or event.  Many original documents related to Kenmore may simply did not survived. 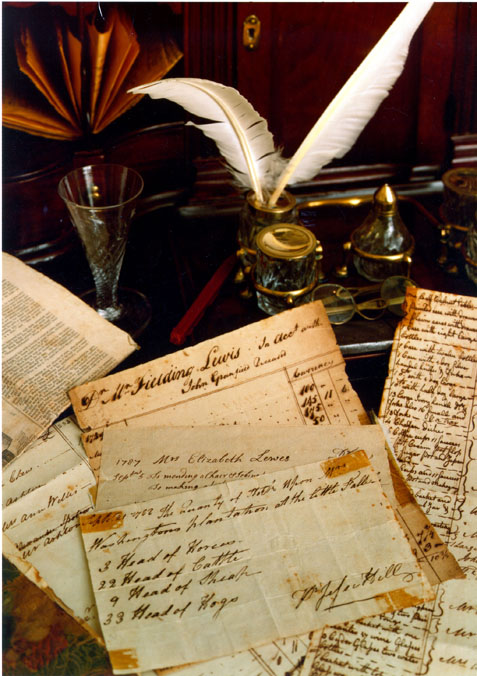 While there are some Lewis family documents in our collection, there is no description of Kenmore during the Lewises time among the family’s papers.

Another possible explanation for the lack of descriptive accounts is difficulty that many historic sites have to deal with: The Civil War.  In almost any effort to trace the historical roots of, well, anything, in the United States, there tends to be this deep, black abyss when you reach the years of the Civil War.  Repositories for legal documents, like courthouses and libraries, were ransacked and destroyed all over the South (and in parts of the North, as well).  Newspaper printing offices were wrecked.  Family records, stored in attics and Father’s desk, were destroyed in fires and bombardments.  Correspondence was disrupted, and what made it through rarely described beautiful houses, but rather focused on the horrors of war.  Fredericksburg, which saw one of the earliest examples of urban warfare rage through its streets in 1862, was particularly hard hit.  If documents describing Kenmore existed prior to the War, it is entirely possible that they did not survive it.

The third possibility has something to do with Kenmore’s name.  As those who have been on tour know, the house was not called “Kenmore” when the Lewis family lived in it.  In fact, the Lewis family did not give the house a name at all.  It wasn’t until 1819, when the Gordons owned the property, that the name “Kenmore” appears in court records (the Gordons named the house in honor of the ancestral home in Scotland, Kenmuir). 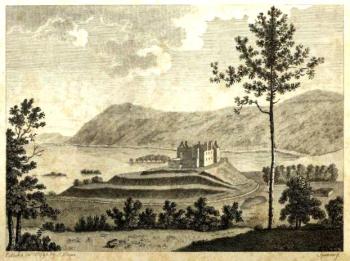 So, any documents describing Kenmore from the Lewis era would not have used the word “Kenmore.” It is entirely possible that researchers have in fact come across descriptions of Kenmore, but they didn’t know what they were looking at because the house described was not identified as Kenmore.  It’s also possible that descriptions of Kenmore do survive in repositories that have no connection to the Lewises, the Washingtons or even Virginia, in which case they would have no idea what they were looking at, without the word “Kenmore” to Google.  It seems like a trivial issue, but it’s actually a real problem!

There you have it.  Could it be that one of the most beautiful houses in colonial America was seemingly ignored by correspondents of the day? It seems unlikely, and so our search for own Holy Grail continues.  If any of our readers happen to be combing through obscure 18th century documents in the future, we would appreciate you keeping an eye out for us!