Living in Colonial America, disease and illness were defining challenges and perpetual threats of human existence.   At the time, there was no concept of infection or germ-theory, no vaccines, no really effective treatments for infectious disease and few public health measures that could reliably curb epidemics.[1]  For colonial Americans, it was not a matter of “if” you would get sick but rather when and would you be strong enough to survive.

George Washington contracted many of the epidemic diseases like malaria, dysentery, and smallpox that plagued colonists and survived despite limited medical intervention.  As a young man in the prime of his life, standing 6’2”tall and weighing over 200 pounds, his body fought a host of illnesses that killed most.  Still, these diseases had lasting effects on Washington’s body and one of the diseases he suffered led to a controversial decision that may have even saved America in its fight for independence.

Smallpox no longer terrifies humanity because it was eradicated in 1977 through a global program of vaccinations.  The devastation this disease caused through history is unrivaled.  By the 17th century, smallpox surpassed all other pandemic diseases as the swiftest and most deadly.[2]

The earliest conclusive evidence for smallpox dates back to 4th century China. It quickly spread through Asia and reached Europe around the 10th century. By the 18th century, it accounted for an estimated 8 to 20% of all deaths.[3] Upon its arrival in the New World, it decimated the Native American population, which had never faced the horrible and highly contagious disease.

Smallpox spread easily through overcrowding and unsanitary conditions.  Symptoms include fever, intense headaches, pains in the back and legs, vomiting, and eruptions of seeping, smelly pustules on the body.  While left with immunity, survivors face debilitating after-effects like disfiguring scars and blindness.[4]

At the time, many offered advice on how to stave off or even cure the disease.  Recommendations in popular medical manuals, like Domestic Medicine, advocated rest, liquids, and various regimens of blistering, purging, and bleeding but not much more.[6] A particularly interesting remedy Virginian planter William Byrd II advocated included drinking large amounts of water “that had stood two days upon tar”.  These methods perhaps relieved symptoms but did little to prevent one from catching the disease.

Inoculation was the one way available to try and prevent smallpox.  A doctor took a bit of infected matter (i.e. pus from a pustule) from a person suffering from a mild case of smallpox and inserted it under the skin of a healthy patient.[7]  Theoretically, the newly infected patient would then develop a mild case of the infection and after recovery be immune to further breakouts. 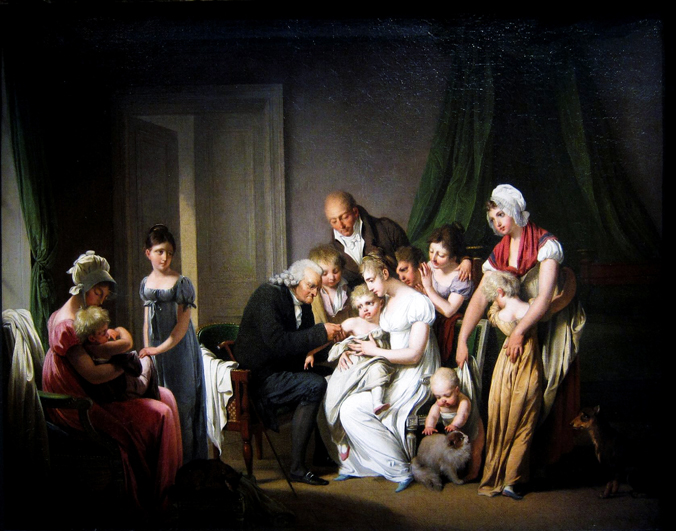 Many physicians supported this new technique but inoculation had serious drawbacks.  One of the biggest was the mild case of smallpox in the newly infected patient could become a full-blown attack.  Additionally, people who were inoculated became carriers of the disease, capable of infecting individuals who had never had smallpox or who had not undergone inoculation.  This became a volatile issue because of a lack of understanding of population immunity and ineffective quarantine protocols.[8]

Anti-inoculation sentiments rose in Virginia after people recently inoculated returned to the community and outbreaks followed.  Full-scale riots and protests were seen in Norfolk County  and Williamsburg which led to petitions to ban inoculation. In 1769, Virginia prohibited inoculation unless specifically approved by the county courts.[9]

But how does smallpox and inoculation relate to George Washington, Virginia’s most famous son, and America’s fight for independence?

The connection began on November 2, 1751 when George Washington landed in Bridgetown, Barbados with his half-brother Lawrence. They had come from Virginia to the tropical island seeking relief for Lawrence’s tuberculosis.  Two weeks later, George wrote in his journal that he “was strongly attacked with the smallpox”.  He was confined to his sickbed for nearly a month being too ill to keep his daily journal.[10]  After his battle with smallpox, however, Washington became a major proponent of inoculation even though his support ran counter to most of his fellow Virginians. 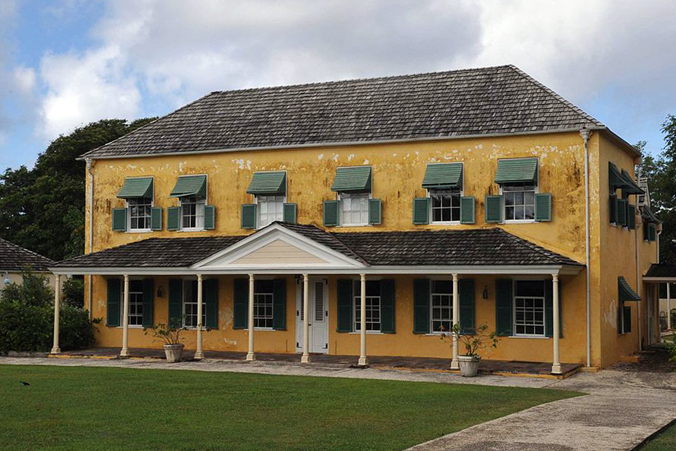 Home of Captain Croftan where Washington lived during the several months he visited Barbados in 1751. Credit: Wikipedia / Jerry E. and Roy Klotz

With the Revolutionary War, smallpox increasingly became a deadly complication for the new United States in its fight for independence.  Where soldiers go plagues follow and when Washington took command of the Continental Army in summer of 1775 he wrote to the president of the Continental Congress that he had been, “particularly attentive to the least Symptoms of the Smallpox” and he would “continue the utmost Vigilance against this most dangerous enemy”.

Outbreaks were particularly common when there was a large buildup of troops in an area like during the Siege of Boston in 1774 or after the battles of Lexington and Concord in April 1775.[11]  Epidemics also broke out in Boston and Philadelphia in summer of 1776 and the attempt by American forces to take Quebec was greatly hindered by smallpox among the soldiers.

In the winter of 1777, Washington decided to have all troops and new recruits inoculated.  As stated in his letter to Dr. William Shippen Jr., “finding the Small pox to be spreading much and fearing that no precaution can prevent it from running through the whole of our army, I have determined that the troops shall be inoculated.  This Expedient may be attended with some inconveniences and some disadvantages, but yet I trust in its consequences will have the most happy effects.  Necessity not only authorizes but seems to require the measure, for should the disorder infect the Army in the natural way and rage with it usual virulence we should have more to dread from it than the Sword of the Enemy.”

Washington understood the great risk he was taking in instituting mass inoculation and effectively incapacitating large numbers of soldiers while they recovered.   The operation was kept secret and done during the winter in the hope that his forces would be healthy and ready to fight in the anticipated summer campaign. Despite some setbacks, Washington’s efforts to eliminate smallpox in the army were largely successful.  While the disease continued to affect soldiers, there were no further epidemic outbreaks among the troops.[12] 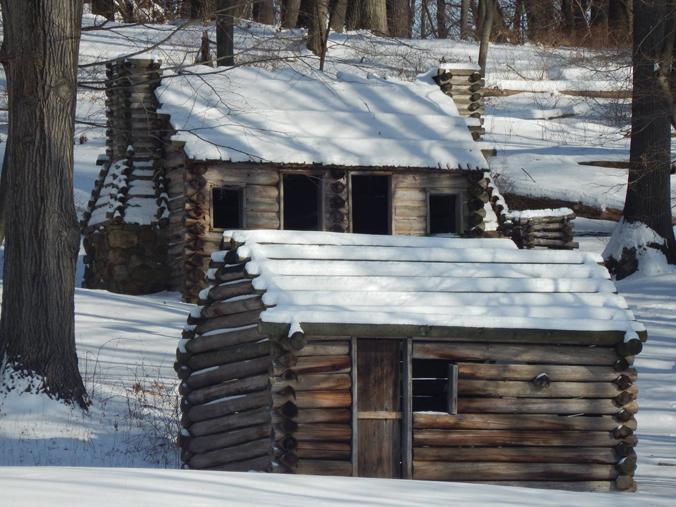 Reconstructed winter cabins at Morristown National Historical Park in Morristown, New Jersey, where the Continental Army quartered for the winter of 1776-77 and where a large portion of Washington’s troops were inoculated. Credit: National Park Service / Steve Santucci

George Washington’s insistence in these preventive health measures and his belief in the effectiveness of inoculation helped the Continental Army conquer smallpox and become a more reliable military force.  Additionally, the success of mass inoculation within the fledgling nation’s military helped encourage the civilian population to use these preventative measures. Inoculation began to gain popularity with Virginians and all of the American people.  So, young Washington’s trip to Barbados when he was nineteen was unsuccessful in helping his brother’s tuberculosis but it did end up giving him a greater appreciation for preventive medicine and the devastating power of epidemic disease.

[3] The Seat of Death and Terror: Urbanization, Stunting, and Smallpox by Deborah Oxley, The Economic History Review, November 2003,  pg 5, 627