The holiday season is beginning!  No matter how you celebrate the next several weeks, you’re likely spending extra time thinking about food. We archaeologists are no different, only we also want to know what the Washingtons and their enslaved laborers ate, whether at the harvest, the holiday season, or simply a regular meal. Historians know about the past because people wrote things down in diaries, letters, receipts, legal records, and other documents.  Of course, not everything was written down, especially when the things as mundane as what people ate for dinner. To find out more about the diets of those living at George Washington’s Ferry Farm in the 18th century, along with research in historical documents, we also turn to archaeological analysis.

We previously published a blog post detailing floral remains excavated in 2015 from a storehouse cellar abandoned in the mid-1700s. This cellar feature contained floral remains (seeds and wood) which were analyzed by a microbotanical expert.  We are currently using this information to recreate the Washington era landscape and to plant in our garden examples of what the Washingtons grew.

Historical documents, namely the probate inventory of Augustine Washington compiled in July 1743, show that the livestock owned by the Washingtons included 6 oxen, 29 cattle, 19 pigs, and 11 sheep. Rather than consume this livestock themselves, however, the Washingtons most likely raised most of these animals for market.  Many of them would be butchered by enslaved workers, the meat loaded onto small ocean-going vessels ported at Fredericksburg, and then shipped to the British West Indies or even to England. 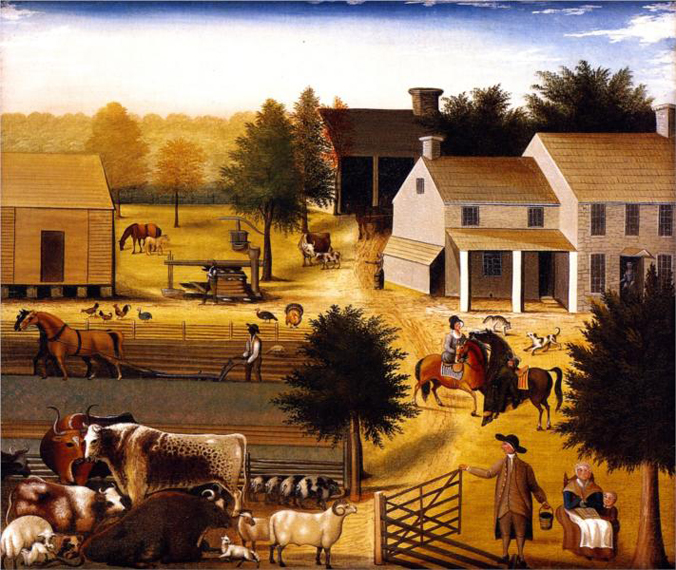 “The Residence of David Twining, 1785′ by Edward Hicks. Although Twining’s farm was located near Newtown, Pennsylvannia, this painting includes great example images of livestock typically found on a colonial farm or even on a plantation like Ferry Farm. Credit: The WikiArt Visual Art Encyclopedia

To add to the probate inventory’s livestock picture, we also explored a root cellar feature under the Washingtons’ house as well as a root cellar feature associated with a nearby enslaved laborer’s dwelling.  In these cases, we hoped to determine what kinds of animals – or fauna – each group actually ate. These diets would be revealed by archeologically recovered animal remains, usually bones, called “faunal remains.” Then, we had an expert in faunal remains analyze what came out of these two root cellars. 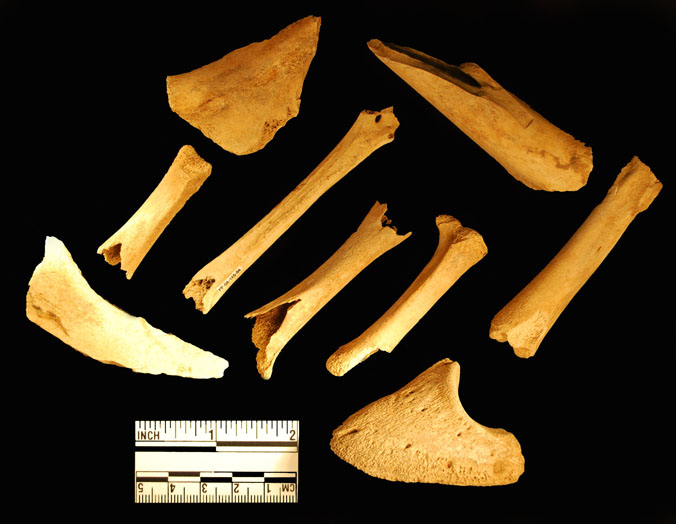 An assortment of faunal remains excavated at Ferry Farm.

The results for Ferry Farm were unusual compared to other 18th century sites.  The Washingtons weren’t only dining on typical domestic livestock like cows and pigs, they ate a variety of wild game and in much higher amounts than expected. Results from other studies show that typical 18th century Virginia households consumed a little under 4% wild game on average. Another study of planter households in Maryland and Virginia showed faunal remains only ranging from 4-15% wild game. The percentage of wild game recovered from the Washington house root cellar was a whopping 25%. 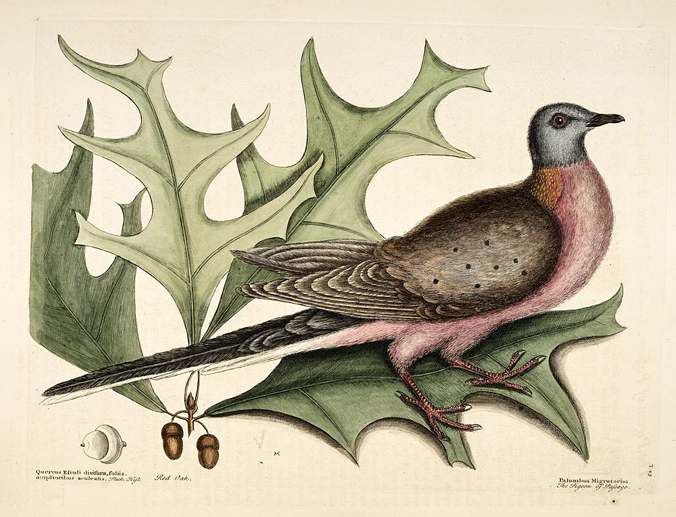 Passenger Pigeon by Mark Catesby from his famed Natural History of Carolina, Florida and the Bahama Islands published 1729-1747. Credit: Wikipedia 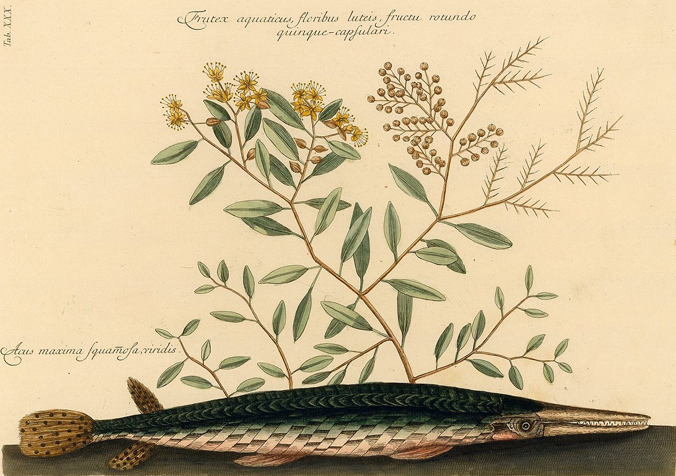 Longnose Gar by Mark Catesby from his famed Natural History of Carolina, Florida and the Bahama Islands published 1729-1747. Credit: Wikipedia

The species recovered from the slave quarter root cellar include cow, pig, chicken, possum, four types of fish, and an unidentified bird. Beef and pork account for almost 78% of the faunal remains.  What meat Ferry Farm’s enslaved people consumed came in the form of mostly beef, pig, and chicken. The relative absence of wild animals, with the exception of fish, shows that the occupants of the slave quarter did not significantly supplement their diet using hunting or trapping.  No lead shot, gunflints, or fish hooks were recovered in the slave quarter, the lack of which supports this conclusion. The enslaved laborers however were providing food for themselves by raising chickens, which account for over 7% of the meat recovered in the slave dwelling.

The prevalence of wild animals being served on the Washington table may be related to the makeup of the four Washington boys: George, Samuel, John Augustine, and Charles.  The youngest Washington male, Charles, left home around 1761, meaning that the Washington boys hunted, fished, and trapped for up to 23 years at Ferry Farm. Farm life meant there were also frequent opportunities requiring the dispatching of varmints. At the time, hunting and fishing were considered fun and great practice for adult gentry life. There was also an economic benefit to provisioning one’s table with game. This supplemental meat source replaced domestic animals that could be steered toward the market, increasing the profits of selling livestock and poultry.