Not long ago, we explored Three Military Adventures that Inspired George Washington and the influence that Lawrence Washington and his wartime service played in stoking George’s interest in military matters.

Lawrence fought with the British in the War of Jenkins’ Ear in the early 1740s and spent time aboard the flagship of Admiral Edward Vernon, who commanded British forces during the Battle of Cartegena de Indias.  Lawrence returned to Virginia with stories sure to spark his 10-year-old brother George’s imagination and desire for adventure.  Lawrence’s military service and George’s interest in military things had a fascinating, if perplexing, practical outcome when, late in 1746, Lawrence proposed for 14-year-old George to join the Royal Navy. 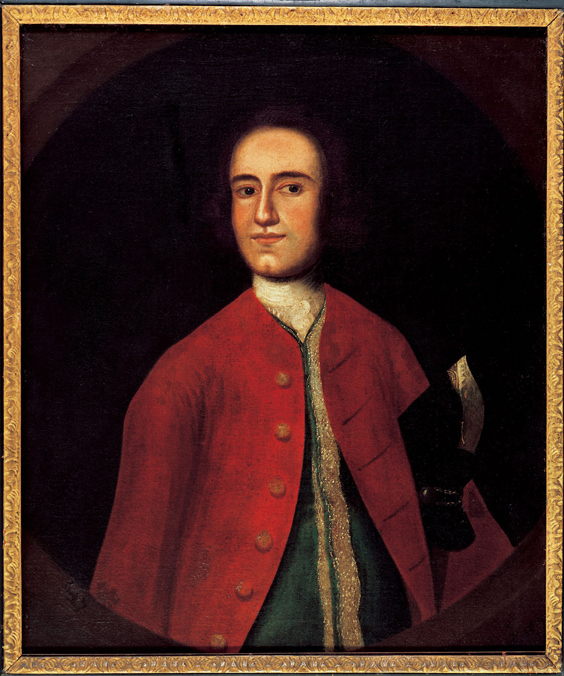 This is a relatively little known and rather mysterious incident in the life of young George Washington.  Few documents survive that address the matter directly.  There are no documents written by George, Lawrence, or Mary Washington that reveal their actions or motivations in the matter.  The three letters that do address the incident were all written by secondary figures involved.

It all began in the fall of 1746 when Lawrence sent two letters — one each for George and Mary respectively – to Fredericksburg via Colonel William Fairfax.  George was to deliver Mary’s himself and keep the one to him a secret from her.  We do not know what either of these letters said.

What we do know is only what William Fairfax told Lawrence in a report dated September 9, 1746 and sent to Lawrence at Mount Vernon.  Fairfax wrote:

“The weather being so sultry, and being necessarily obliged to go about this town to collect several things wanted, I have not yet seen Mrs. Washington.  George has been with us, and says He will be steady and thankfully follow your Advice as his best Friend.  I gave him his Mother’s letter to deliver with Caution not to shew his.  I have spoke to Dr. Spencer who I find is often at the Widow’s and has some influence, to persuade her to think better of your advice in putting Him to Sea with good Recommendation.”[1]

The Dr. Spencer mentioned may have been William Spencer, who often was involved as a witness for land transfers to Lawrence.  The secretiveness of George hiding his letter from Mary and of Lawrence apparently enlisting his business partners to argue in favor of the proposal for George to go to sea emphasize the conspiratorial nature of Lawrence’s efforts.

It appears that, for a time, Lawrence’s manipulations may have worked.  On September 18, 1746, Robert Jackson, a Washington family friend, wrote to Lawrence that “I am afraid Mrs. Washington will not keep up to her first resolution.”  This seems to indicate that she wasn’t against the idea immediately but she did change her mind.  Jackson reported that Mary “seems to intimate a dislike to George’s going to Sea and says several Persons have told her it’s a very bad Scheme.”  He condescendingly dismisses her concerns as “trifling objections such as fond and unthinking mothers naturally suggest” and expresses frustration that “one word against [George’s] going has more weight than ten for it.”

“Action Between Nottingham and Mars” (1746) by Samuel Scott depicts a British-French naval battle in October 1746 when the Washingtons were debating whether George should join the Royal Navy. Credit: Wikipedia/National Maritime Museum.

At some point, perhaps feeling outnumbered, Mary decided to solicit the advice of her brother Joseph Ball in England.  Dated May 19, 1747, his reply, which is a disdainful rejection of the entire proposal, is worth quoting at length.

“I understand that you are advised and have some thoughts of putting your son George to sea.  I think he had better be put apprentice to a tinker, for a common sailor before the mast has by no means the common liberty of the subject; for they will press him from ship to ship where he has fifty shillings a month, and make him take twenty-three, and cut and slash and use him like a negro, or rather like a dog.  And as to any considerable preferment in the navy, it is not to be expected, as there are so many gaping for it here who have interest, and he has none.  And if he should get to be master of a Virginia ship (which is very difficult to do), a planter who has three or four hundred acres of land, and three or four slaves, if he be industrious, many live more comfortably, and have his family in better bread than such a master of a ship can . . .  He must not be too hasty to be rich but go on gently and with patience as things will naturally go.  This method without aiming at being a fine gentleman before his time, will carry a man more comfortably and surely thought the world than going to sea, unless it be a great chance indeed.”[3]

Mary must have ultimately and definitely rejected Lawrence’s plan, a courageous act for a woman in male dominated colonial Virginia.  George, of course, did not pursue a career at sea but turned to surveying instead.

Like many incidents in young George Washington’s life, the historical record is elusive and often raises more questions than it answers.  What prompted Lawrence to make the suggestion in the first place?  What were George’s views on the proposal and the debate?  What were Mary’s specific objections?  None of these questions may ever be answered.  Of course, the greatest question raised by the incident is the also unknowable counterfactual one.  Would history have unfolded differently if the man who was supposed to have been the commander of the Continental Army ended up spending his life on the King’s ships?